St. Petersburg buys Kurgandormash equipment for half a billion rubles 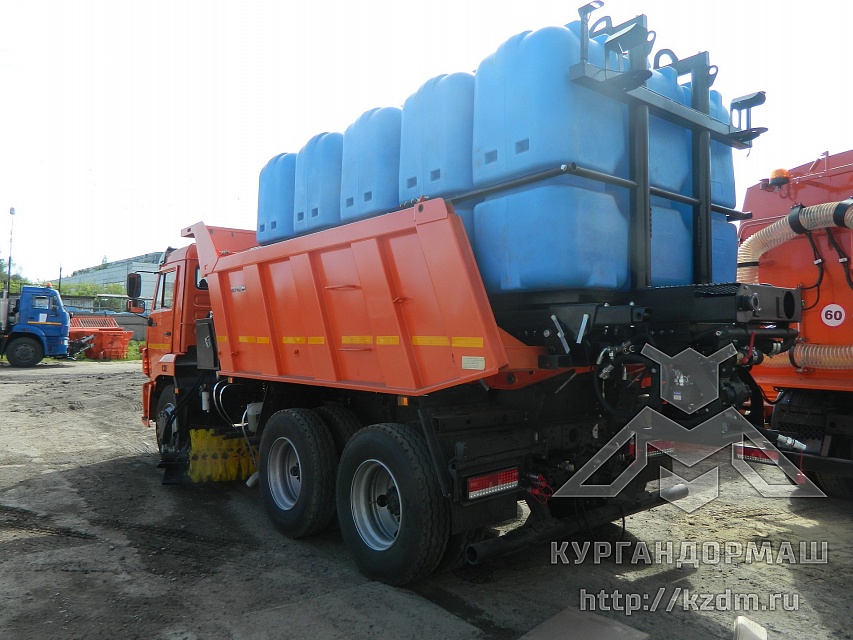 A few years ago, the Kurgandormash plant, which was breathing on its own, with the arrival of a new team of top managers, has come a long way over the past three years - to a billionaire enterprise and one of the leaders in the Urals Federal District. Now the plant is fulfilling a contract that has never had any analogues in its history.

Almost 550 million rubles for 74 units of equipment. Even against the background of the flow of news about certain achievements of the Kurgan industry, such a deal stands alone. Already in October, the combined road vehicles produced by the Kurgandormash plant will begin to clean the streets of St. Petersburg.

The plant has repeatedly emphasized that one of the main tasks is the development of new markets. Preferably large. Moscow and St. Petersburg are just such markets. To enter them, you need to make competitive products. This is at least. And as a maximum, these products should be in no way inferior to imported counterparts and have a competitive price. It was on this path that we went to "Kurganormash". The design and engineering "brains" of the enterprise were able to develop just such a product - a combined road vehicle with a unique set of automation functions and control of compliance with the technological process of cleaning the city.

The uniqueness of the machine is, firstly, in its attachments. And all-season. Summer and winter equipment can be easily changed.

Secondly, the technology is almost completely automated and equipped with many useful electronic automation functions. Thanks to them, Kurgan cars can be connected to the city housing and communal services system of St. Petersburg. And this factor became one of the most important when concluding a contract.

- Thanks to this, the management of St. Petersburg and the relevant road and communal departments and departments can in real time receive a snapshot of the implementation of a given program and cleaning route: where the machine is located, which route it took, how much materials it spent, how much is left in the bunker, what equipment is on the equipment works and whether the specified program is being followed. In other words, it is possible to exercise 100% control over the operation of equipment. And cheat, cut the route, not get enough material, etc. simply impossible. Another "trick" is the "chiseled dosing" function. The vehicle operator can control the density of the deicing materials. In the settings, you can set on which sections of the road how much material should be consumed. There are also special features for summer road cleaning. The machine automatically adjusts the power of the "brush" revolutions depending on the terrain. Irregularities are not scary to her, - said Yuri Avdalov, First Deputy General Director of Kurgandormash JSC.

This car has no analogues in Russia. Moreover, apart from Kurgandormash, only one more Russian enterprise has the competence for its production.
There is also a second factor that played in favor of the Kurgan plant. The company has already supplied equipment to Moscow and St. Petersburg earlier. Travel "vacuum cleaners" showed themselves excellently there. The leaders of the two megalopolises saw the Kurgan plant as a reliable and high-quality supplier. And a half-billion contract means that all risks have been calculated many times.

The terms of the contract are as short as possible. In October, the plant is to deliver 74 cars to St. Petersburg. But the company sees only advantages in this.

Before this contract, we had the maximum load. And now they have completely switched to work in three shifts and hired an additional 40 people (about 10% of the entire staff). Before taking on such serious obligations and signing a multi-million dollar contract, we carefully assessed all the risks and our opportunities. There was not enough equipment - we purchased an additional 5 machining machines, agreed with PJSC KAMAZ for an accelerated delivery of the chassis.

The more than half a billion contract of "Kurgandormash" is not only big earned money in a short time, but also new opportunities for other enterprises and the region as a whole. The budget of the Kurgan region will receive significant tax revenues from this contract. And local enterprises - new orders within the framework of cooperation. Kurgandormash attracted several partners to fulfill the contract. 90% of them are also trans-Ural enterprises.

It is also strategically important for us. Large customer. Strengthening in a promising market. If before that our company was more perceived as a manufacturer of vacuum-sweeping equipment, now we have established ourselves as a multi-product manufacturer whose products are chosen by large cities.

At the same time, the plant continues to think about tomorrow as well. New developments and negotiations on supplies to new markets are underway. In the near future, Kurgandormash expects to complete several more large transactions. 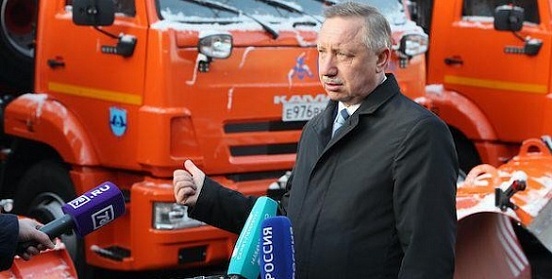 31 October 2019 The Governor of St. Petersburg checked how the Kurgandormash equipment is ready to fight the snow. 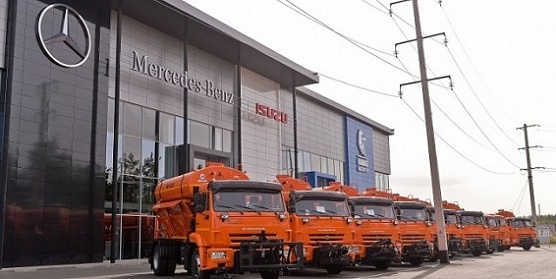